On the evening of July 8th 2015 Tuttle Lab operatives gathered at Thairiffic to fuel up for the busy night of operations ahead.

At approx. 1930hrs operatives of the Tuttle Lab Team Very Dark Blue and Team Red approached their battleground in Cambuslang. That is of course with the exception of Tuttle Lab leader Tell Tuttle and his comrades who became delayed (or lost on the simple route from Glasgow to Cambuslang).

2000hrs – teams donned there battle dress, received their weaponry and were briefed on how to ‘kill’ the enemy team.

2015hrs – Battle commenced with Team Very Dark Blue and Team Red trying to annihilate one another, over a number of missions including Team Death Match and Defuse the Bomb.

2045hrs – Early missions were dominated by Team Red with Team Very Dark Blue being schooled on how to rid their land of the enemy.

2100hrs – Both teams manage victories in planting and diffusing bombs on the battlefield.

2115hrs – Team Very Dark Blue manage to dominate Team Red with sneaky tactics (and the extra man) during the Domination mission, to come out victorious at the end of Operation Tuttle I – Cambuslang.

… Battle to be continued. 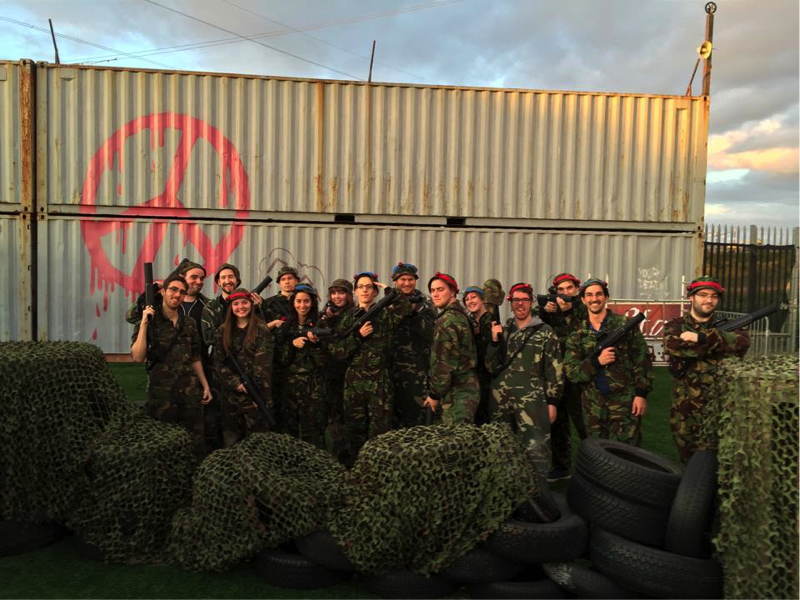 A Victory for the Very Dark Blue Team Squad