By tuttleadmin on March 2, 2010 in Conferences, Events, Research

It was a great privilege for Tell to be invited to chair a session at the International Symposium on Theoretical and Computational Chemistry that was held in honour of Walter Thiel’s 60th Birthday. The meeting was held at the Max-Planck-Institut für Kohlenforschung, were Tell undertook his Postdoctoral studies with Walter. 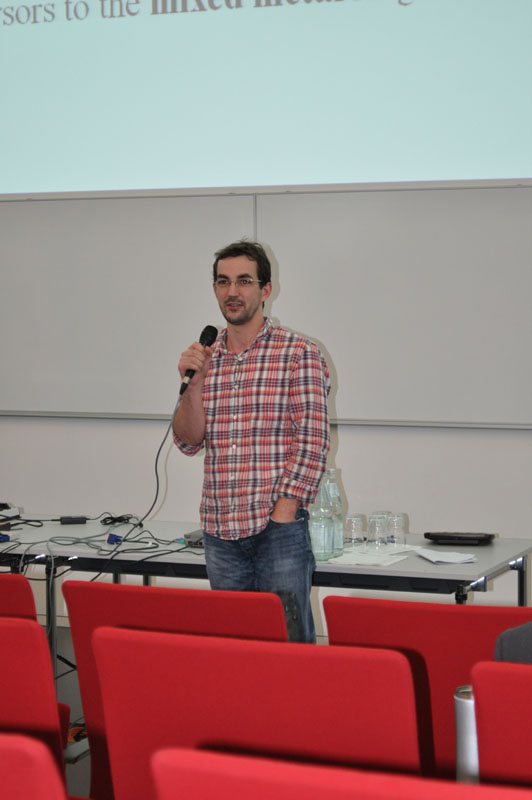 The symposium focussed on molecular quantum chemistry and covered the full range of contemporary theoretical methods. It addressed recent developments in electronic structure theory, multiscale methods, and molecular dynamics, as well as chemical applications in the areas of spectroscopy, reactivity, and catalysis. The symposium will take place in the new conference building of the institute which is scheduled to be finished by the end of 2009. The symposium is held in honor of Walter Thiel who turned 60 in March 2009.  The chosen date enables us to make use of the new facility with him still being 60.

Paper on Corroles selected as a VIP article.
Work on Molecular Interactions Graces the Cover of Chemical Science