By tuttleadmin on June 12, 2015 in Conferences, Events, News, Research

Ivan and Ines are doing their PhD as part of a European Initial Training Network (Marie Curie Actions) called SMARTNET (Soft Materials Advanced Training NETwork). Within the SMARTNET they collaborate with five academic and two industrial partners from UK, the Netherlands, France and Spain. The aim is to improve the training of early state researchers (ESR’s) by enhancing knowledge exchange between people with different ways to study soft matter. 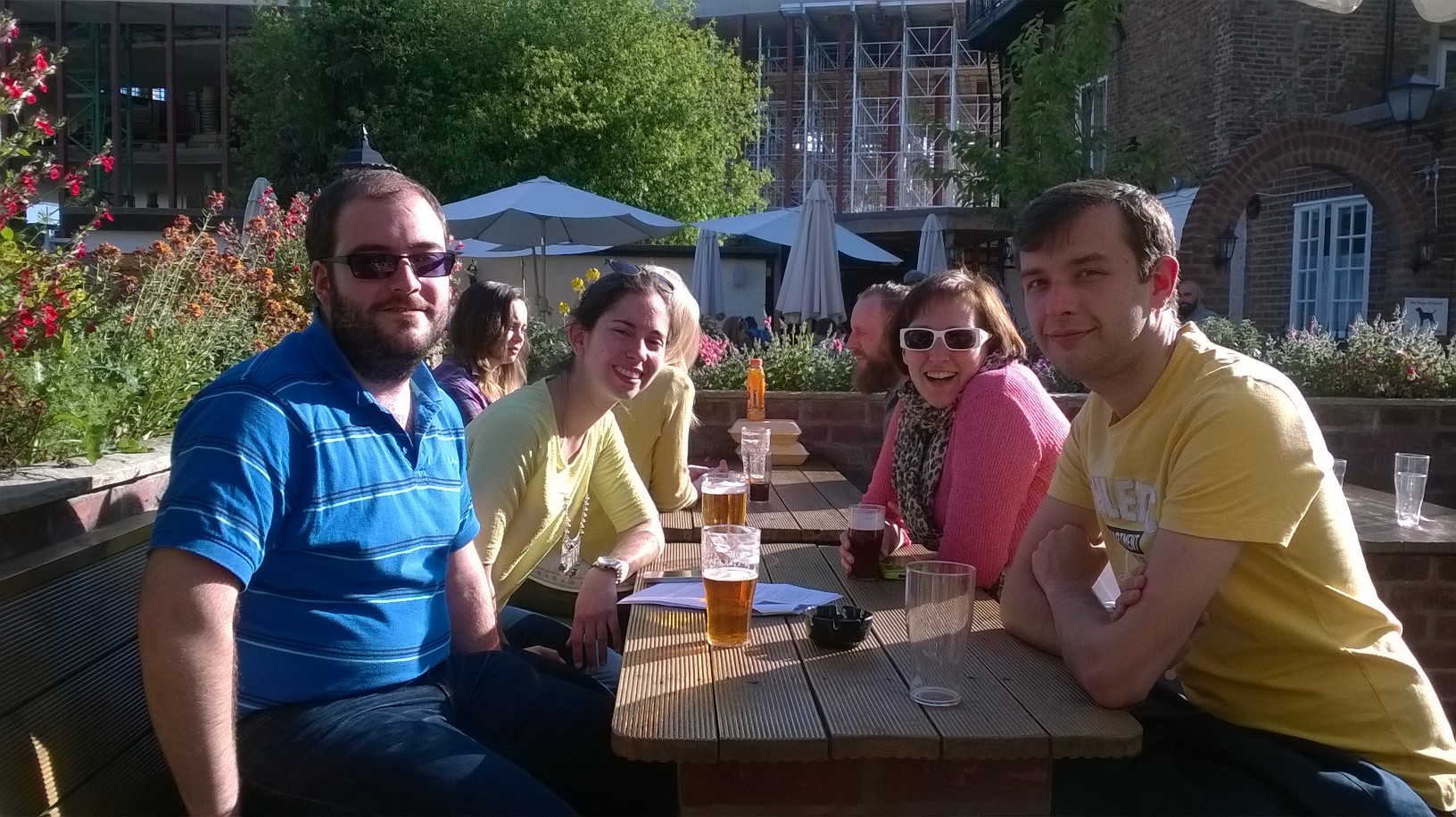 As well as the scientific exchange, the meeting included a workshop organised by Prof David Smith. The workshop dealt with different aspects on scientific communication such as scientific publishing, public communication and social media. A short video describing the various activities of the members was created during this part of the workshop. 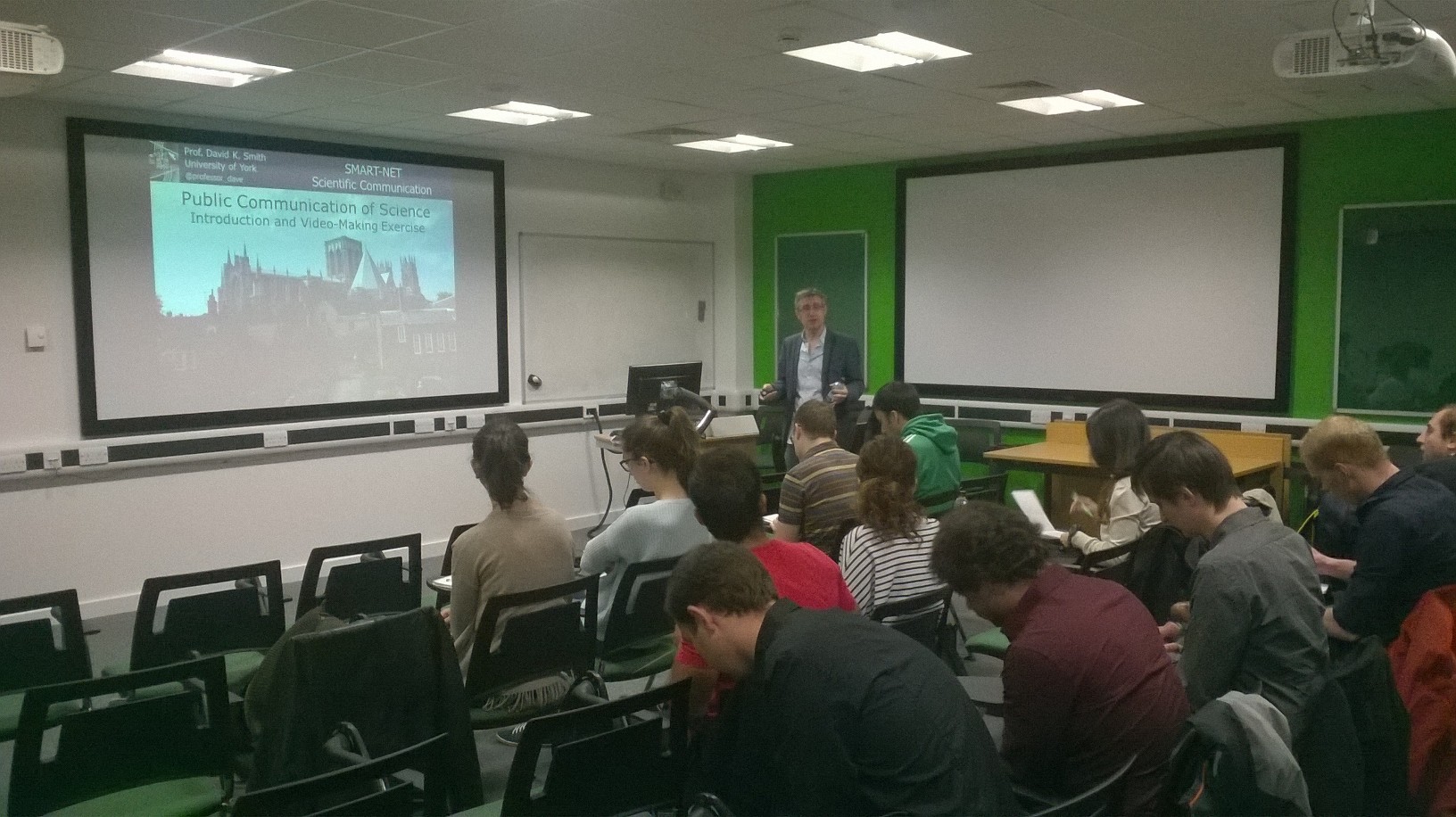 The meeting included some social activities for the SMARTNET members including guided visits to the historic city centre of York and group dinners. 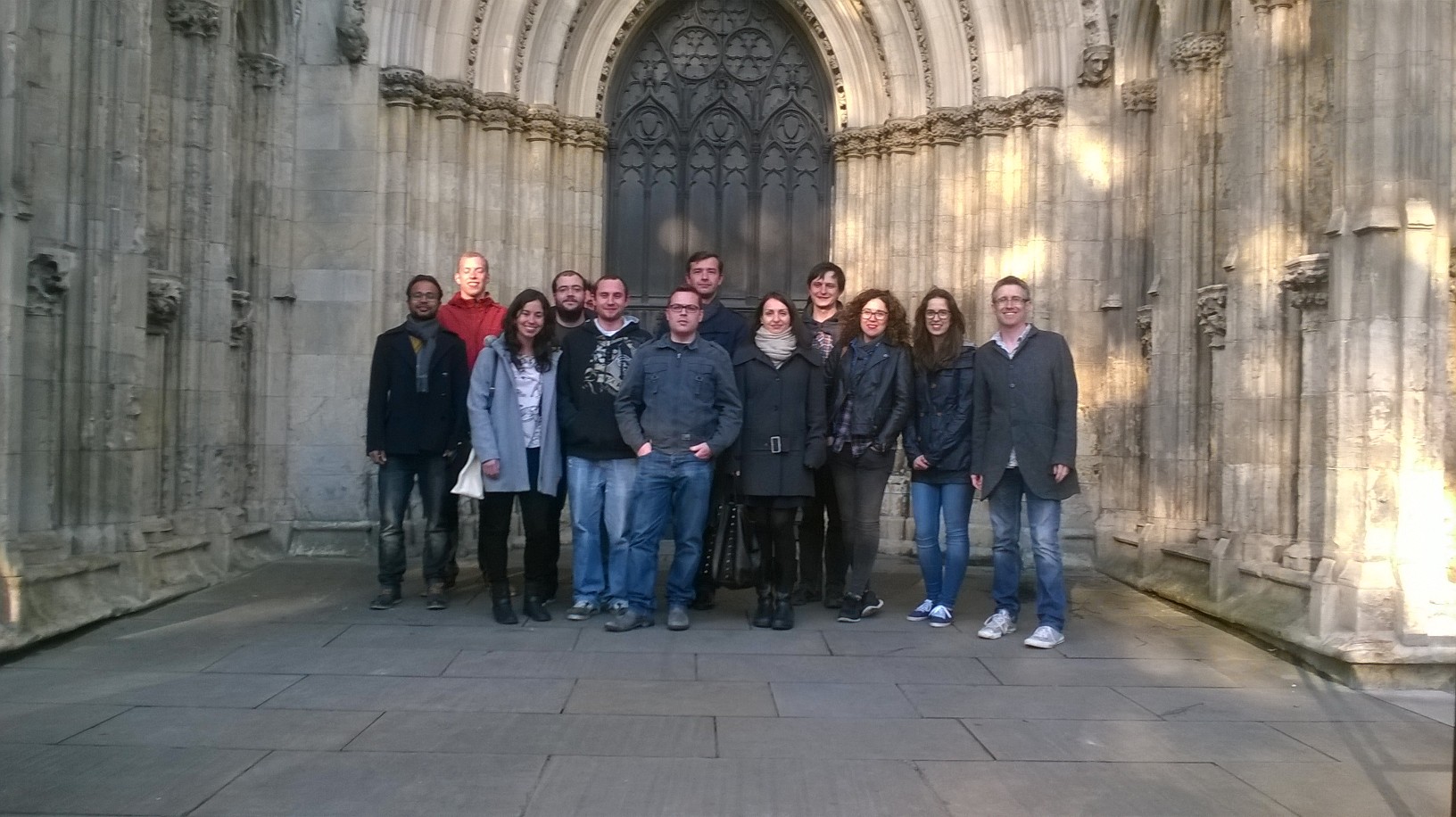