By tuttleadmin on November 11, 2014 in Conferences, Events, News, Research

Ivan and Ines are doing their PhD as part of a European Initial Training Network (Marie Curie Actions) called SMARTNET (Soft Materials Advanced Training NETwork). Within the SMARTNET they collaborate with five academic and two industrial partners from UK, the Netherlands, France and Spain. The aim is to improve the training of early state researchers (ESR’s) by enhancing knowledge exchange between people with different ways to study soft matter. 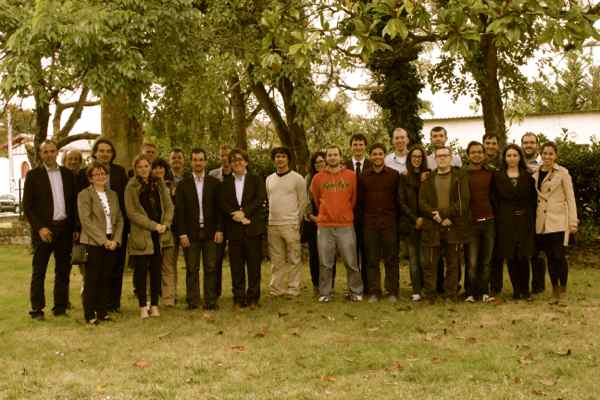 As part of this European project, Ivan spent two weeks at the Institut des Sciences Moléculaires (Université de Bordeaux) working with Prof. André del Guerzo to study the catalytic self-assembly of aromatic peptide amphiphiles. André’s group focuses its research in the use of confocal microscopy and fluorescence spectroscopics to study the supramolecular structure of organogels.

The aim of this secondment was to study the suitability of the fluorescence confocal microscopy to the systems studied by Ivan. For Ivan this was a big opportunity to work with experts in the field of fluorescence spectroscopy, as it is a technique highly applied in the field of aromatic peptide amphiphiles.